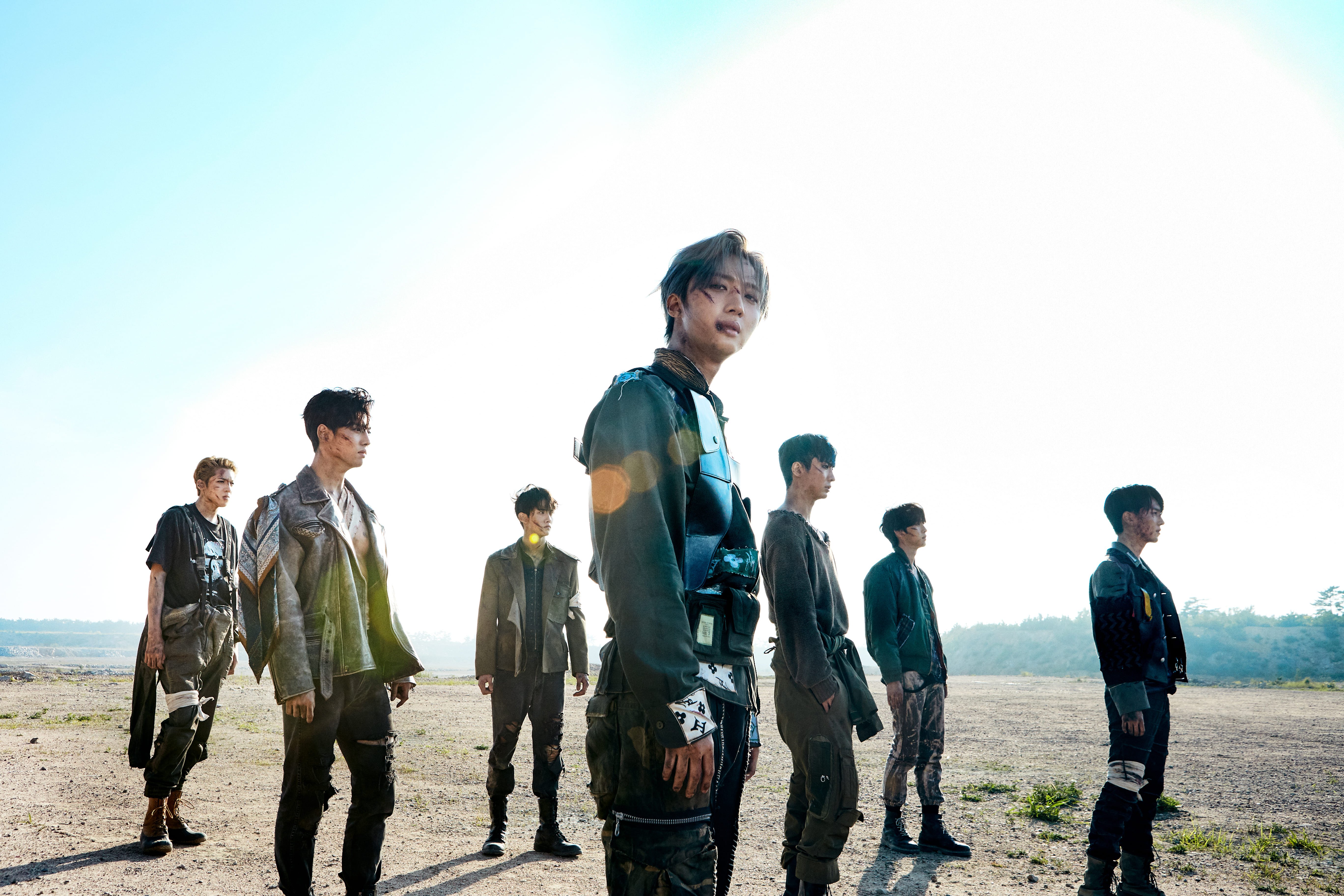 PENTAGON is already one of the favorites of KPOP fans around the world. From music composition to acting, the members of the group are recognized for their diverse skills and unique concepts, proving their talents in the most different fields in South Korean entertainment.

The group has already experienced Brazilians’ passion live, during a concert held in São Paulo last year. As part of the PRISM World Tour, the group performed in more than 20 cities around the globe. Since then, they released new songs, participated in reality shows, and won (even more) international fans and public recognition.

Now in 2020, due to the COVID-19 pandemic, they will have a unique experience: an online concert. On September 6th, the boy group plans to meet with fans through a virtual fan meeting, PENTAG.ON AIR. Through this initiative, the group will be able to create more memorable moments for fans around the world, shortening the distance between them and UNIVERSEs a little.


Hongseok assured us that he is preparing something that “will make fans feel PENTAGON’s heart and energy across the screen.” The member Yeo One revealed that there will be special performances that “can only be seen in an online concert” and Yuto added that “it will be like you were watching us in person, even though it is very far away.“

Before this iconic moment for the boys’ career and their fans, KoreaIN had the opportunity to chat with PENTAGON and bring exclusively more information about the online event, the passion for Brazil, the latest releases, and more.

Recently the group participated in the reality show Road To Kingdom, which yielded unforgettable performances, and we were able to know even more the talents of the members. There were exciting and fun moments, so we asked the boys how their minds were at that moment and how they support each other.

Wooseok also revealed his thoughts on the group’s participation in reality: “I participated in Road To Kingdom with the thought of learning, from beginning to end. We share and respect each other’s opinions and thoughts, and also rely on each other to make exciting performances during the show.”

Then members commented about the lifelong learning that came through the competition. Yeo One said he learned a lot from mental training and various performances. Yuto commented that seeing other artists doing well, encouraged him to practice even more. Kino talked a little about backstage: “I thought there were many great artists, not only other idol participants, but also the creators such as choreographers, writers, and directors, so I decided to work harder to become a competitive artist in this business.” Wooseok spared no praise for the artists on the show: “It was really great to see the performances that every artist made their best effort to. I hope many artists create a lot of performances with their ideas and creatives.”.


The result of PENTAGON’s participation in Road To Kingdom was the new song Basquiat, a track rock-inspired, combined with powerful choreography and an MV with a strong message. Wooseok quickly replied, “It was from Hui’s idea. We finally made it from the ideas and opinions of my members and staff.” Hui told us a little about the creation: “I wanted to write the song with the focus of the message “I resisted the times’ and my inspiration was the painter Basquiat, who was well-matched with the message.” Yeo One also added, “I practiced a lot making various situations with the imagination, and referred to various movies, photos, videos as well.”

The group is now in a new phase, with the last two releases Dr.Bebe  and Basquiat, which are darker and quite different from the older hits Humph! and Shine.

“We are always looking for new things and challenging ourselves, so I think that we can show fans different styles,” said Shinwon. We asked if they had experienced any obstacles in transitioning styles, and Hui said he always prefers to focus on what he wants to show, without thinking about the difficulties.

Kino spoke about the choice of different concepts: “It was a little bit hard to show a new style because we already showed a lot of styles. However, those recent songs were great opportunities for us to discover ourselves that we hadn’t known before, and I believe we took one step further.” Yuto did not agree so much, according to him: “There were no difficulties because we are good at any concepts.“. We couldn’t disagree, because PENTAGON is, undoubtedly, one of the most innovative and daring groups in Kpop.


The members are very involved in the productions and, when asked if they had heard Brazilian music during a creative process, Kino revealed that heard Downtown, sung by Anitta and J Balvin. Yeo One, on the other hand, doesn’t know much about Brazilian music but would like to learn something.

We asked if we could expect anything involving Brazilian or Latin music in the future, Hui answered: “Absolutely! I’d also like to try to learn Portuguese.”

Kino revealed that he has already tried to make songs with Latin influences, “I’ve already tried it a lot. I like to try new styles, and Latin music comes to mind first whenever I think about trying new genres. But I haven’t been able to release them because they aren’t perfect yet. I hope to sing them for you someday.” Wooseok said he also intends to do something like that if he gets the chance.


The group only has eyes for its beloved fans, the UNIVERSE. When asked about what gives them strength in times of difficulty, the answer was unanimous: “PENTAGON members and UNIVERSE.” Kino added, “It may sound cliché, but my engine has always been UNIVERSE. It always has been and always will be”.

“It may sound cliché, but my engine has always been UNIVERSE. It always has been and always will be.”

Regardless of the news that the online concert that awaits us, Hui revealed that nothing beats the excitement of the show in Brazil: “The concert hall full of (the fans) animation was one of the most memorable things”. Yuto did not hide his happiness and said that he hopes to feel the excitement of the venue again. Wooseok said he has great memories, “I want to go to Brazil and perform again!”.


Knowing the group’s passion for their fans, and the current difficulty in being able to meet with them, we asked them to leave messages of support to everyone who is going through the COVID-19 pandemic.

“We will go through this as usual. Please take care, be safe and healthy so we can meet again.”, said Shinwon. Yuto asked to “keep the hope that we will all be well someday and go through this together.” Kino said: “I feel sad because many people are having a hard time and being exhausted nowadays due to Covid19. We can’t do great things for you, but it would be nice if we could make people feel better with our music, performances, and videos. We will be that kind of artist.”. Wooseok added by saying: “Let’s go through this together. We will be the artist who will always give you hope. Go for it!“.


Since the beginning of the COVID 19 pandemic, events, and concerts, as we know them, have been banned worldwide. Because of that, performers had to create several alternatives to keep the market alive. KPOP artists have mostly held shows and fan meetings online, embracing the opportunity to reach worldwide fans.

PENTAGON is the second group from CUBE Entertainment to have an online fan meeting. Last month the girl group (G)-IDLE met with fans through the concert “I-Land: Who am I” and now it is PENTAGON’s turn to bring the “PENTAGON Official Fanclub UNIVERSE 3rd Online Fan Meeting [PENTAG-ON AIR ]”. According to Yeo One, the boy group is preparing several performances exclusively for the online fan meeting. Kino revealed that some songs received special arrangements just for this fan meeting. “There will be a few songs specially arranged for this fan meeting. Also, there will be songs for UNIVERSE all over the world, so please join us!” he said.

The boys also left a special message inviting Brazilian UNIVERSE to enjoy the fan meeting with them. Check it out in full:

Hui: Brazilian UNIVERSE! I always miss you and love you so much. PENTAGON will always be with UNIVERSE♡

Shinwon: Let’s have a fun and safe time together at home.

Yeo One: See you guys soon. I miss you so much.

Yuto: It is so sad not to be able to meet UNIVERSE in person, but I hope you enjoy our online fan meeting with us.

Kino: Dear Brazilian UNIVERSEs, how are you? It’s been almost a year since we met. I miss you so much, and I’m sad that I can’t meet UNIVERSEs in person because of COVID-19. But I am grateful that I will have the opportunity to meet UNIVERSEs online. As it has been a while since I performed in front of you, I have been practicing a lot. So please join us. See you at the fan meeting!

Wooseok: We are going to show you performances that are more lively than UNIVERSE is expecting. Please wait for us just a little while longer! I love you too.

Thanks to CUBE Entertainment and CJ&EM for the opportunity to interview the group PENTAGON. The answers above have been adapted for better understanding and all belong to the members of the group.


Thanks to: Cube Entertainment + CJ&EM
Do not use it without credits. 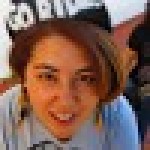 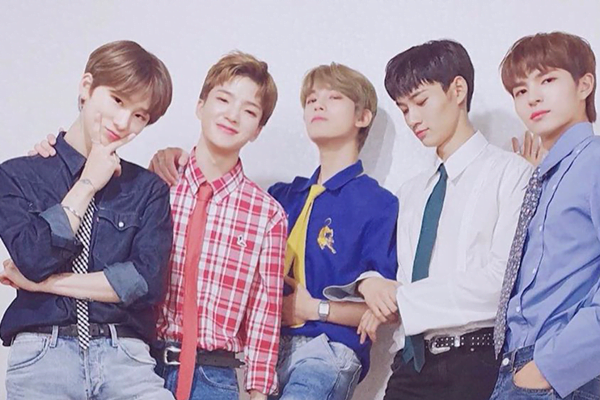 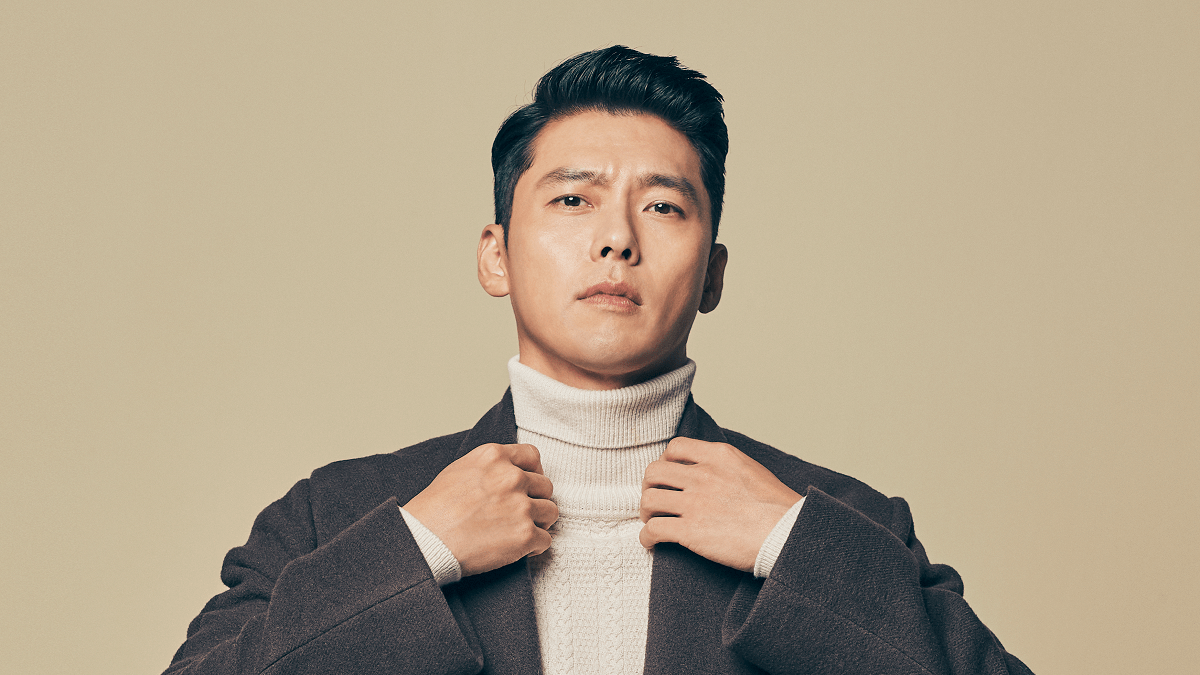 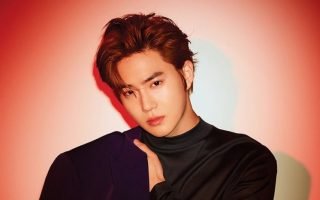 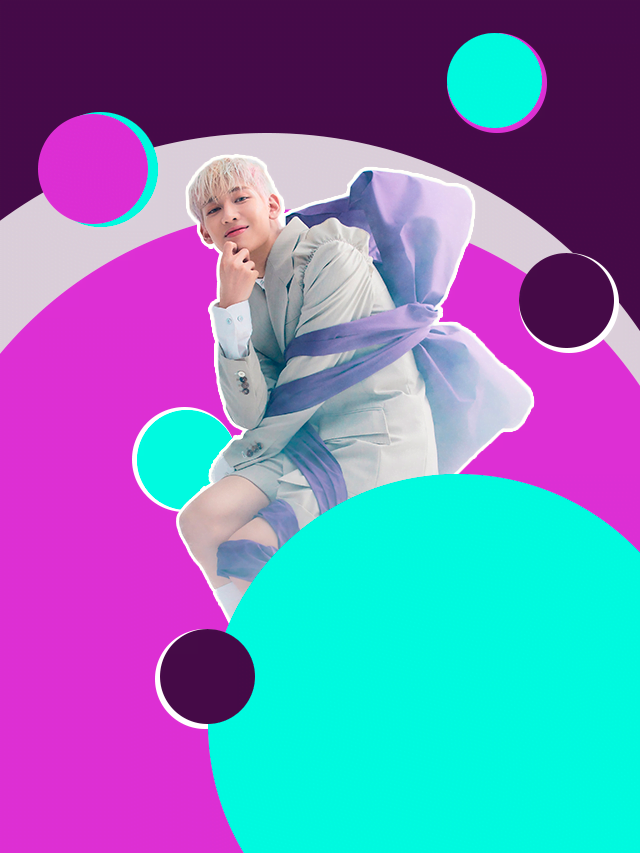 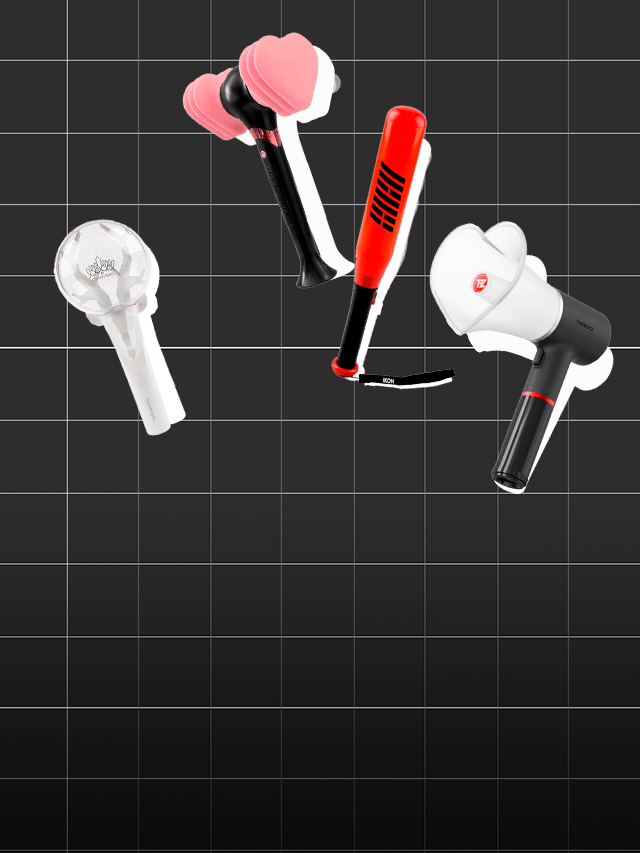 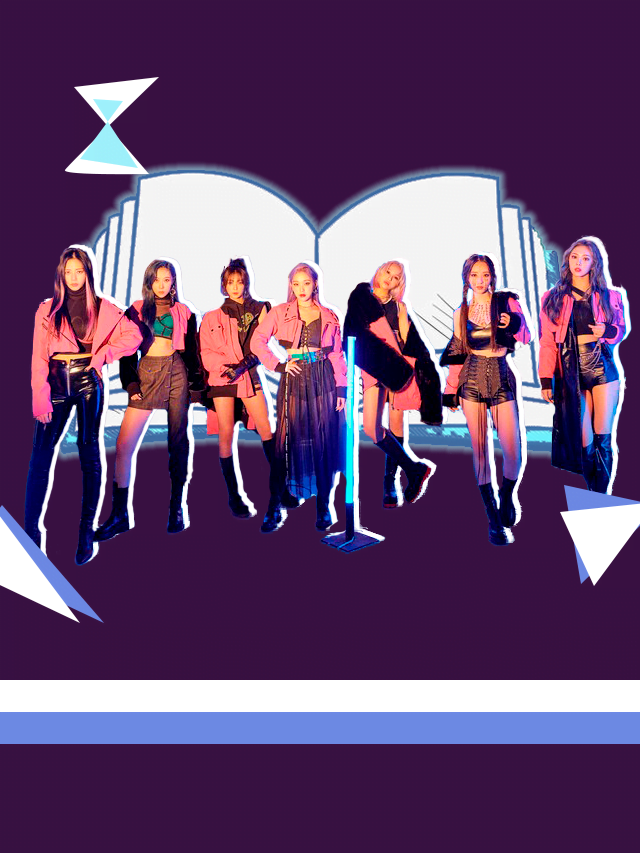 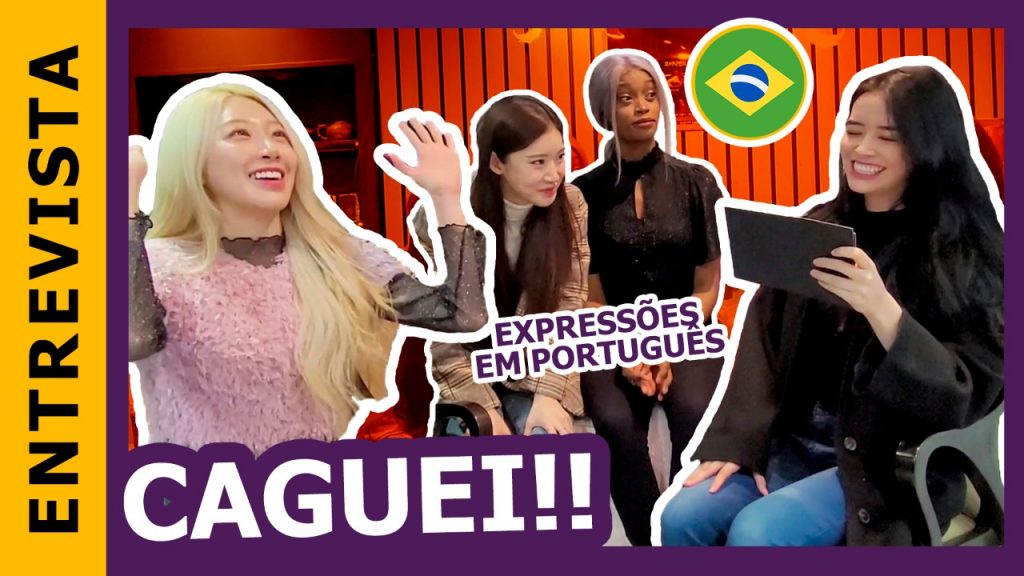 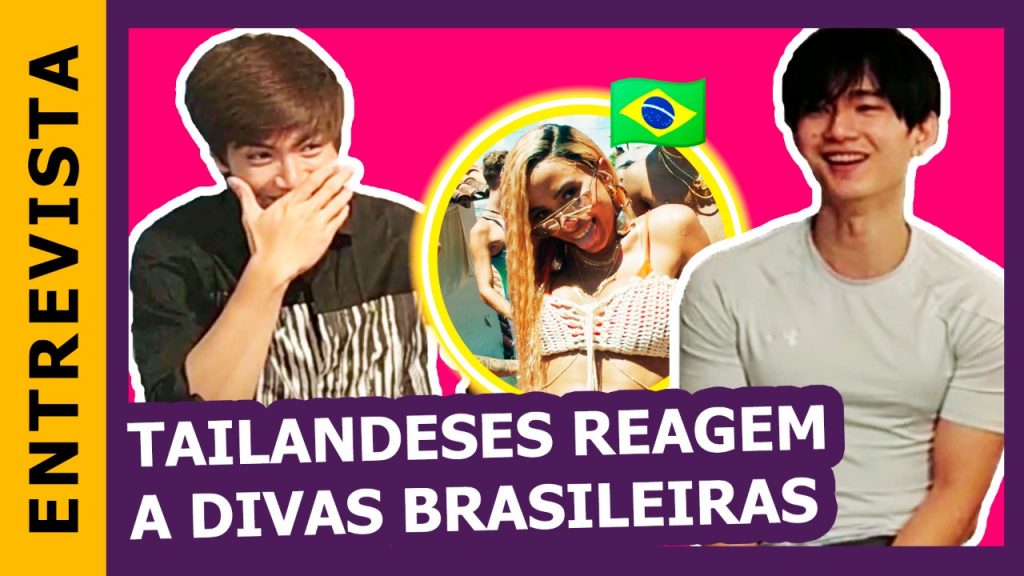 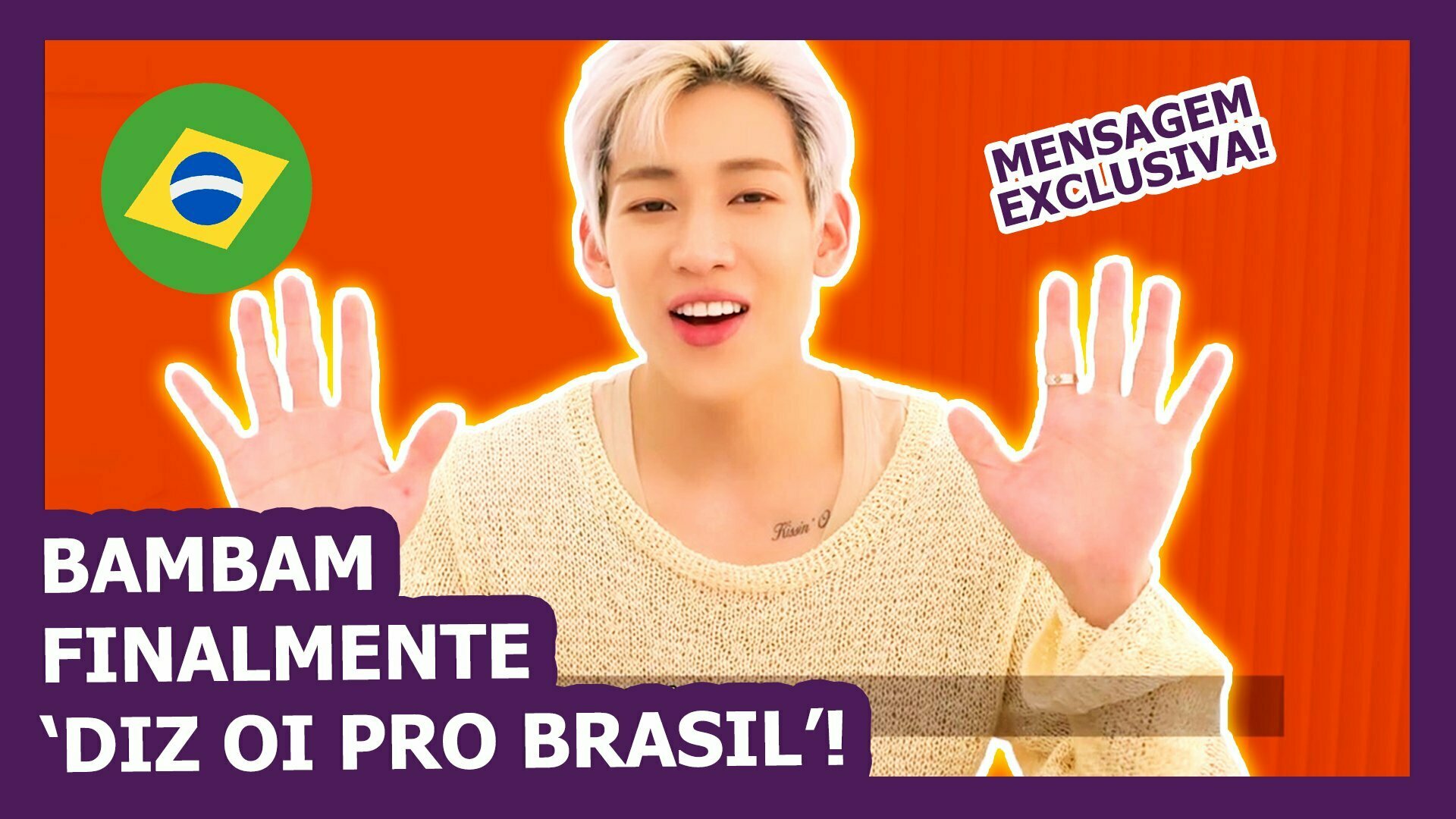 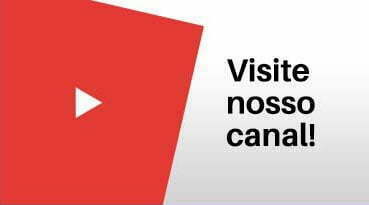